Early life
Boy from the Barracks
Mr LEO was born in Buea and grew up in a small military camp called “Waders Barracks” at “Clerks Quarters” around the center of Buea, the South-Western part of Cameroon. The camp was small but a real ghetto on its own full of love, hate, violence, poverty, 80% soldiers (mostly the men) and , 15% farmers (mostly the wives), love amongst kids and conflicts amongst parents trying to bring their military lives into their homes yet everyone so hardworking. Twelve years later, Mr LEO moved to another small town (Molyko) still inside Buea where his life as an artist took off.

Background
Black Boy
Mr Leo is the third in a family of four siblings with an elder sister as the first, an elder brother the second, and a kid brother the last.
Three years into his new town (Molyko), Mr.Leo joins a school choir (The Breakthrough Voices). This choir was full of amazing singers but his singing at that time was so poor that the choir did an album and he was not opportune to sing on a single track. From that moment he knew singing was not for him and so many times he wanted to give up but a few singers in the choir (Salatiel, Blaise-B) brought him close and will always tell him “there’s a difference between someone who cannot sing at all and someone who can but doesn’t know yet how to use his or her voice”. He became so close to salatiel and they will meet every morning at Salatiel’s place and vocalize and since Salatiel was a pianist, he will play and they sing together and gradually, his singing got better. About a year after, Salatiel started working in a studio (M1 Studio) and once a while Mr Leo will go to his job site and just sit and watch him work. Just being around and seeing how people made music and recorded tracks gradually stirred up that anxiety in him to be like them and that was when he started dreaming of becoming a musician. Sometimes he was stopped from entering the studio and even when he did get in, he got booted out but he didn’t stop going and his passion for music only grew bigger. In a little while, Salatiel patched him with one of the smaller engineers in the studio and they did some tracks together. People would listen to them, laugh and took piece of mockery on them but they took heed to Salatiel who would always make some corrections and run them for a rerecord. BETTER still, record another track to check in the Leo Progress. Despite opposition from Parents who offered education first, Mr Leo will always snick out and book studio sessions to do demos. Taking inspiration from great artists like Seal, Lemar, Garou, 2face Idibia, his singing got better and better and so did his song writing skills. In 2010 Salatiel himself started producing songs for Mr Leo and has been his music partner and producer ever since. The Leo-Salatiel bond then invested « focus » on Mr Leo adopting a unique style with fragrance of originality. A year after, Salatiel came up with a record label “Alpha Better Records” and Mr Leo was his first signed artist. They recorded songs time and again trying to find the perfect song to use as Mr Leo’s first single. A song that will cut across English and French Cameroonians and Africans, cut across the youths and the aged. Early 1014 they came up with the single “E Go Better”. It’s cool nature, charming lyrics and melody touched everyone who came across it. A few months after, having taking spot in the Singit Cameroon 2014 Talent scout (where Mr. LEO humbly aired his voice), the Singit it immidiately took special interest in A voice so rich and so rare. They got in contact with Julia L Gham(producer of the Singit Cameroon), President of the “The PowerHouse Ent.Inc » in America who partnered with “Alpha Better Records” and provided their full support in other to boost up the productions and promotion of the single “E Go Better” and production of Mr Leo’s first album.
Mr. Leo has his fans at heart and with an everyday experience, he speaks to the world through music. Discover Mr.Leo. Call him Philanthropic.

He released his 2nd official single “On Va Gérer” after the success of the 1st entitled “E Go Beta”. “On Va Gérer” is an expression in French meaning “We shall manage”. This is a continuation of his 1st single. It is clear that things aren’t better yet but it shall definitely be better if we manage. Unlike the 1st single, he decides to go a little bit in a dancing rhythm with a typical afro beat produced by his label mate Salatiel. 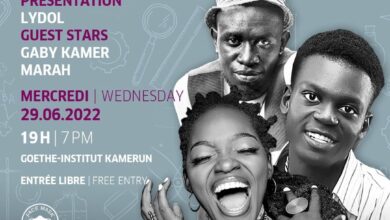 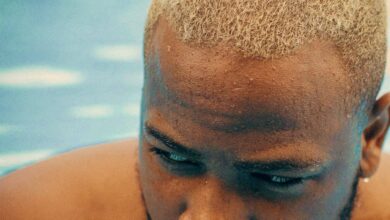 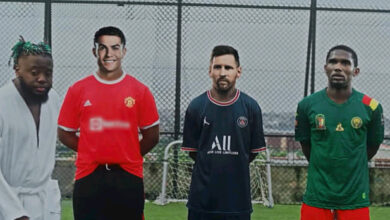